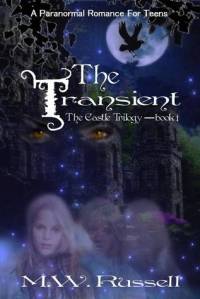 Book one in the Castle Trilogy

Melodie Gibson never had many friends in her life — that is, not until she moved from Australia to New York. Now, they fill her every waking moment. Fresh off the plane from the other side of the world, Melodie and her widowed father have moved into Heartworth Castle, an imposing manor-turned-Bed & Breakfast in upstate New York that he inherited from a distant aunt. But it’s no ordinary castle. Full of hidden secrets and layers of history, Heartworth has its ghosts—literally. Dripping with atmosphere, adventure and epic romance, THE TRANSIENT is the first instalment in the completed “Castle Trilogy” which creates an original mythology with roots in classical and biblical literature, where the afterlife is as complicated as the present, and the rules are just as hard to follow. It centres around Melodie, a socially awkward teenager, and Joseph, a “Transient ghost” that can take human form and who was murdered by a spurned love in the latter stages of the Civil War. No one is supposed to be able to see Joseph—but Melodie Gibson does. This unexplained contact sparks a passionate romance between the two. As Mel settles into her new American home and begins making mortal friends, she falls for Joseph, but not before the Governance and some old enemies of Joseph’s begin to materialize against them. Apparently, not everyone is happy about their new found love.

THE TRANSIENT is only the first instalment; the final two novels are THE SOUL KEEPER and THE DARKEST ANGEL

Wow! I could not put this book down, a fabulous heart pounding read.

The characters are so beautifully described and all had such great roles to play throughout the book.

The relationship and story that forms between Melodie and Joseph is so strong and innocent. There are beautiful descriptions of place, and quirks of the paranormal were enough to hold my interest and suggest that others also take the time to experience it. 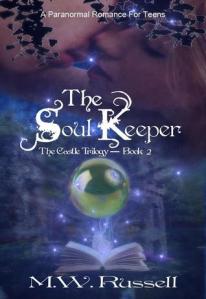 The soul Keeper By M.W.Russell

Book 2 in The Castle Trilogy – The soul keeper

Would their love go on as promised—forever and a day?

The Governance has had the final say. Joseph has been banished. With a broken heart Melodie must go back to her mortal world at Heartworth Castle without the arms of her ghost around her, without the warmth of his smile.

But some hope still remains. The surprising gift that her housekeeper Kate has shown her may just be the key. Can Melodie and her friends find the silver book and bring Joseph back? And who is this Irish stranger who clumsily lends a hand?

The thrilling next installment in The Castle Series, The Soul Keeper will keep you glued to every page.

I was very much in need of this book as I  loved the Transient so much and really wanted to see how Melodie and Josephs story unfolds.

Maree writes beautifully and captures you right from the first page, the story is full of emotions, it had me laughing out loud, holding my breath and I even had a tear at one stage!

The story has many twists and turns and I felt that I was with the loyal group of friends through it all, looking forward to the next book as I feel in may get a little darker…….. just a guess  🙂 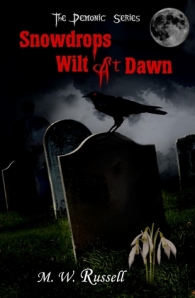