Where Are You? is an emotionally charged drama about secrets, family and the danger of hiding the truth.Thirty years ago, Josie and Tara’s mother left home and they haven’t seen her since. The only contact they have is the cards she sent them both each year on their birthday until they reached 21. Then a knock at the door changes everything. Bones have been discovered at the bottom of their childhood home and a sinister story eventually emerges.  But is everyone really telling the truth?

Lorna is the author of The Girl I Left Behind and The Invisible Chains. A former journalist, she now works as a researcher and creative writing facilitator mainly working with people living with dementia and women affected by domestic abuse. She writes her novels whenever she can find time which is usually late at night or first thing in the morning. She lives in East Lothian with her family.

Where Are You? Opened with the most gripping prologue ever!

I liked how the chapters were written, one by Josie, one by Tara and then another by a mystery character. They story gripped me right way, and what wouldn’t after the prologue (seriously, download a sample and see what I’m on about!).

The plot was thick with back story, filling in those questions that came as the story went along. I did think this story would be solely about the bones found at the bottom of the garden and why Tara and Josie’s mother left, but we were also thrown side stories from Josie and Tara…. at times I felt this wasn’t needed, but that’s my personal opinion.

The main characters are well thought out, have issues that I could relate to and could envision them being real people. I related more to Tara on a personal level: parent, wife, looking after an elderly parent etc.

I flew through this book, the chapters are pretty short, I did feel myself getting into one persons point of view and then it moved onto the next person so I was eager to get back to that part.

A gripping read, one I’m glad I read and would recommend – 3.5 golden apples.

Many thanks to Kelly at Love Books tours for the invite to Where Are You? Tour. Read what the other readers and bloggers thought by following the tour. 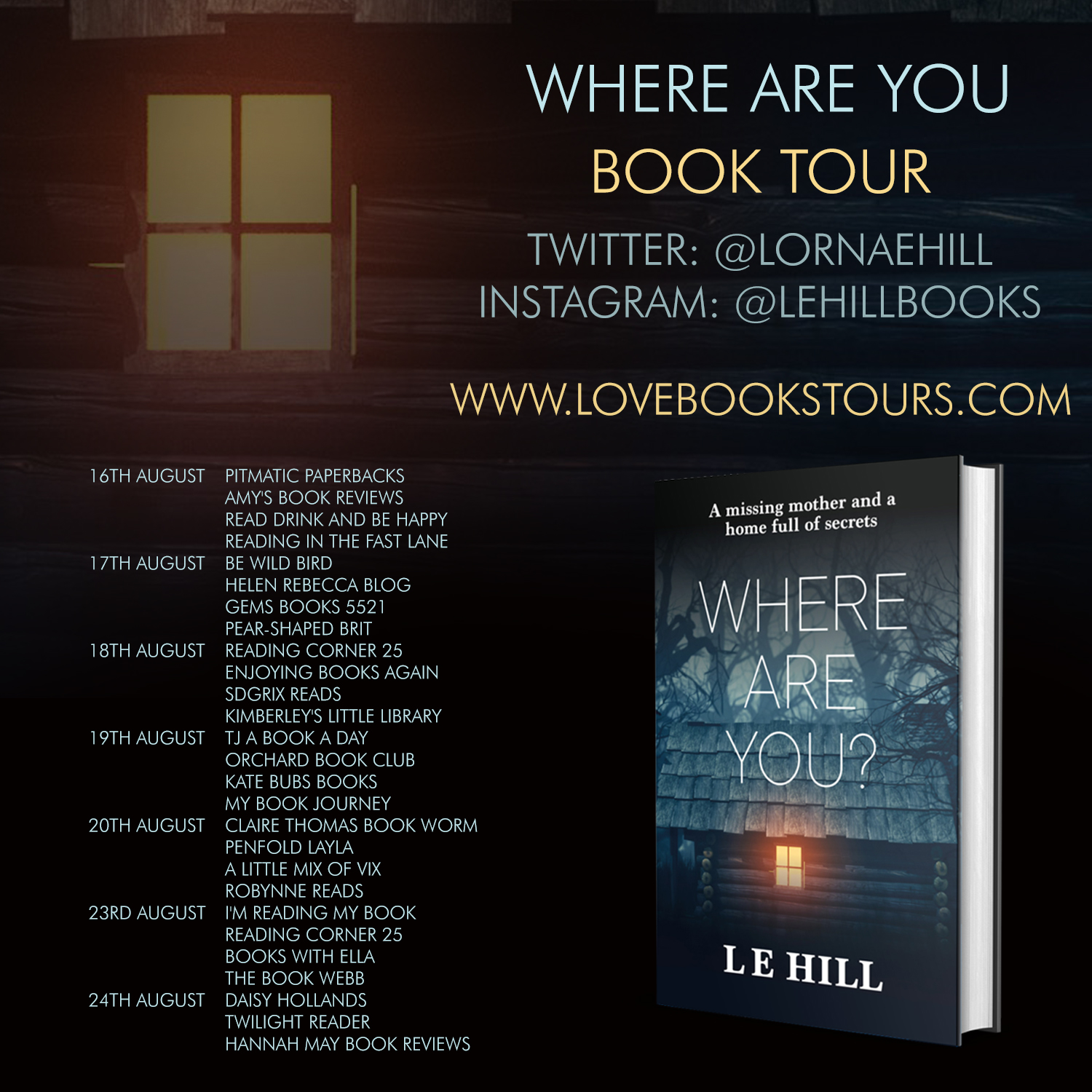