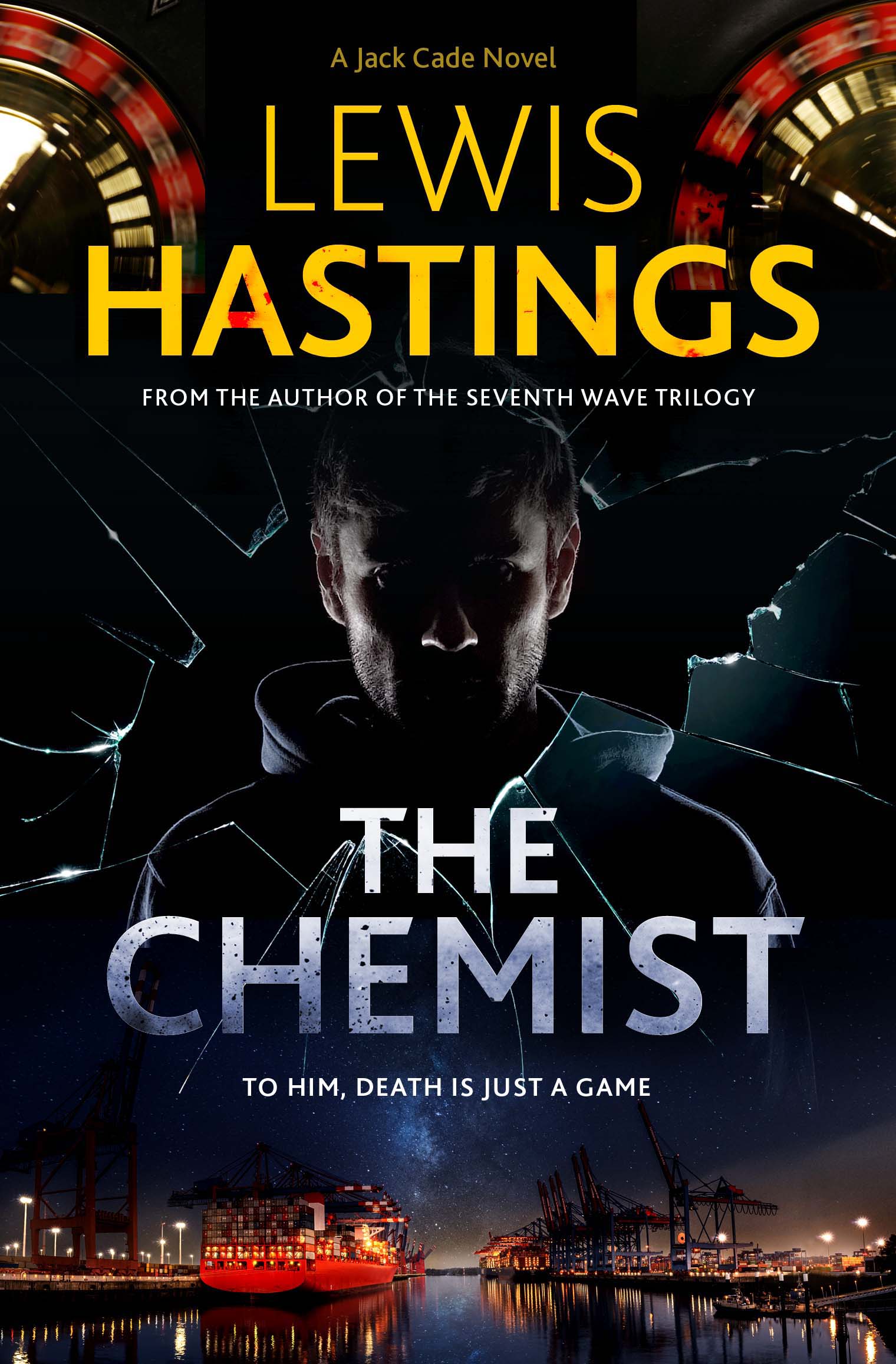 “Then, with his wrist trembling under the pressure, he carved the names of two meninto the paper, ripping the surface…

Or is it? An old foe is released from his maximum security prison cell, with dreams of revenge and a score to settle.

He calls himself ‘The Chemist’, and he’s determined to make anyone who’s crossed him pay. To him, death is just a game of chance, and he’s stacked the odds in his favour. Can Jack Cade save those closest to him from the twisted plans of The Chemist?

The eagerly awaited follow up to the Seventh Wave Trilogy and The Angel of Whitehall, The Chemist sees the return of Jack Cade and his team to fight a deadly nemesis, one who will stop at nothing to get what he wants. This time, it really is personal.

Lewis Hastings is a pseudonym. British but with international connections he describes himself as “Somewhere in region of the new forty, married, to the same woman, twice, with two amazing adult children, two young grandchildren and lives in a house by a lake.”

He has a day job that links him to international law enforcement and importantly one which enables him to write with complete authenticity.

Lewis says he adores writing, it is his escape from the harsh realities of a life that ironically provide him with the endless stories. The fact that people genuinely enjoy his books makes it so much more worthwhile and rewarding. “If just one reader enjoys them, immerses themselves in the story…then I have been successful.”

What an explosive book!

This is NOT for the faint hearted!

It’s about a story of revenge that is so well orchestrated you simple can not put this book down. It’s dark and gruesome yet I couldn’t tear myself away….. I needed more….. I needed to know….. I needed to see how the story unraveled. My heart is racing just trying to put my thoughts down in this review just as much as it did while I read this book!

Now, i have jumped into a series (I didn’t realise that at the time) and there was the odd time where I did think maybe I should have read the other books first BUT I do feel this book was so well written and plotted that I’m confident that others will enjoy is as a standalone (those that have read the series my correct me on that).

A brilliant read, one that had me turning those pages any spare second I had. I loved the plot, our characters (some more than others but I’m sure that was what the author was aiming for), it really was a truly gripping read….. So much so that I’m heading to the start of the series asap!!